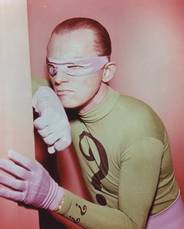 We said “mean – really mean” and from that you heard “green and lilac lycra”?

Back in April I participated in the A to Z Blog Challenge—it was a 30-day challenge in April and where your blog topic has to correspond to each letter in the alphabet. I wanted to have a lil fun with the idea so I started talking about the villains we all know and love and what we can learn about them. Well 50 villains later, I’ve learned a thing or two about the darker side of the villains that stick with us.

Villains Have a Clear Purpose

You ever watch a James Bond movie? Some of those villains you really remember, like Blofeld, and some of them you end up wondering what in the world was going on, right? That’s because their purpose wasn’t clear. The alien in Alien taught me about this—that animal, for all its disgusting attributes, just wanted to survive. It did what it was always meant to do. The unfortunate souls on the Nostromo happened to be in the way.

OK so this is tougher than it sounds. Sure all villains are mean but Cruella DeVille told us that we have to take things up a notch to be memorable. You don’t remember the two guys in the movie with her, do you? But you remember that this chick wanted to kill puppies to turn them into high fashion. Think about the Evil Queen from Snow White: “I should kill my stepdaughter because she’s prettier than me”? There is a line villains must cross to be ranked in the pantheon of the greats—the truly memorable ones dance across that line and leave it in the dust.

A villain without clear focus on that singular purpose we talked about above gets lost in the shuffle. Look at Voldemort. This cat murdered a bunch of people so he could split his soul, store it in seven horcruxes, all so he could live forever. And he figured this out in high school. At his age I was trying to figure out how to ditch English. And even in his “death” people were too scared to say his name. Focus, man, focus.

Villains Take Matters Into their Own Hands

Darth Vader taught me this lesson.  My man was first in the room ALWAYS, killed his homeboy with the lightsaber, tried to kill his own kid—three times, took two shots from Han Solo, and had the best battlefield promotion plan in history. You can’t say he was ever afraid to get his hands dirty. The villain that delegates is a villain we forget.

You can’t buy a villain whose not committed to their cause hook, line and sinker. Once they start, there is no going back. The ghosts in Poltergeist took Carol Ann, tried to eat the boy, and eventually ate the entire house. Khan sacrificed his entire crew and himself for revenge in Star Trek II. The Coyote routinely risks life and limb trying to catch the Roadrunner. If your villain isn’t committed, there isn’t much conflict and the hero is never really in danger. That equals BORING!

Villains Have A Real Rationale For Their Actions

We don’t have to agree but the villains whose plans make sense tend to stick with us. If we can understand why they might want to do something, we automatically sympathize, even if we detest their methods. Magneto is a fantastic example of this: he’s trying to avoid a holocaust against mutants. That’s a noble, even virtuous sentiment. His methods, though, well, they leave a lot to be desired.

The best villains have a personal connection to the hero. Darth Vader was Luke’s dad. Clubber Lang killed Rocky’s father-figure manager. Voldemort handled Harry’s parents. Scar killed his brother and traumatized his nephew—on the same day. Villains who make it personal for the hero are the villains we can never let go. They, in essence, make it personal with us.

Think about the villains that have stuck with you—do you agree? Disagree? And join the conversation over at christophercstarr.net.

About the Author: Christopher C. Starr is the founder of Sanford House Press, an indie publishing house. The Road to Hell is his first novel and the launch of the HEAVEN FALLS series. Chris lives in the Seattle area with his wife, two kids and his huskies, Rocky the Wonder Dog and his colorful sidekick, Leylah Redd. Check him out on the web at christophercstarr.net