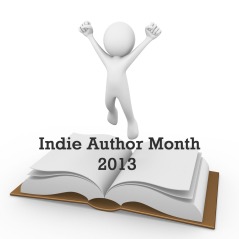 Reading is a central part to so many people’s lives. The gift of reading has positively impacted everyone who has learned to enjoy and value this marvelous treasure. I know from personal experience that books offer a refuge from the cares of the world. I have also discovered that books nourish the imagination and help dreams to flourish.

When I asked my American Literature professor, who used to teach elementary school, if he noticed any difference between students who read for fun and students who did not, he immediately replied that he noticed a very great difference. He said that children who could sit down with a book and read for hours at a time were generally more disciplined than those who never made themselves finish one. He also said that students who read are better at concentrating in school. In short, reading improves students’ abilities in school.

But what about the benefits that appeal to a person’s sense of enjoyment – such as, can reading be fun? Since my books are aimed mostly at preteens and early teens, I sent a three-question survey to a fifth grade class to see what they thought of reading. Most of these children are ten to eleven years old. I also sent the same survey to two college friends of mine who both plan to teach English when they graduate.

On the survey, I first asked them to name the three most important things they look for in a good book. Few of the fifth graders could contain their answer to merely three things; most of them mentioned four or five elements. One young lady said that she preferred the kind of books that are so intense they cannot be put down and have to be finished in one day. Another young lady agreed with her that a good book “makes you not want to stop reading.”

Some listed elements they looked for in the content of the book, and to no surprise of mine, action and adventure were the most popular. One girl listed six items she enjoyed in a book, and four of them were connected to battles. A young man agreed that fighting and action make a book exciting. A second young man also had a list of elements that made a good story, with action and adventure topping the list.

The college students who answered this question were more critical, but their answers were a little more varied. One focused almost entirely on the story, saying the narrative had to be creative, comprehensible, and thought-provoking. The other required good mechanics, “because bad mechanics are distracting.”

My second question asked them to remember a book they had read that had a particular impact on their life. I was amazed that so many of the fifth graders could recall the first book they read that made reading enjoyable. One young man mentioned reading The Boxcar Children in school and finding an entire series that he wanted to read. A young lady mentioned a series that convinced her to read more because it contained humor and action; another girl mentioned Go, Dogs, Go, which she read many times. Another gentleman remembered the first book he ever read – about a hedgehog and a swimming pool. Someone else mentioned reading Treasure Island. That was amazing to me, because I did not read Treasure Island until I was a freshman in high school – but then, maybe I was a unique case.

Others name books that taught them values. One girl described a book that taught her never to give up on her dreams. Someone else recalled a book that taught about love and self-control. Some others enjoy a more technical education from books. A young man said he liked nonfiction books regarding animals, because then he learns new things. Still others enjoyed books about action and adventure. One mentioned the Magic Tree House series, while someone else values fantasy books in general.

Another common answer – which I can most easily relate too – were those who mentioned books that swept them away to other worlds. One girl named the series The 39 Clues, saying it took her around the world by making her imagination “go wild.” A young man mentioned Shark Wars, which takes him into the ocean. In my experience, I always find that books that create their own world are the most fun to read.

The two college students told me about books that helped them understand stories better. One said that while there were many books dear to her, The Silmarillion showed her how to appreciate the effort that goes into writing. The other mentioned a book called Orcs, by Stan Nicholls, that showed him how important the perspective is to the story.

My third question asked how life might be different without books. The answers were generally curt, to the point, and horrified, from both the college students and the fifth graders. Several fifth graders mentioned a lack of learning, and how spelling and grammar would be so much harder. One girl said life would be harder because “you would be wrecking your brains by watching T.V. All day.” Several others mentioned not knowing what to do for free time. A young man claimed there would be no interest in anything without books. A young lady said life would have no meaning and there could be no happiness without books. Another girl said if there were no books, “I would have invented books so I could read them.”

For the college students, these questions had the longest answers. One could not imagine life without reading. She supposed life would be fairly normal but completely different; she also supposed that a lack of books might make her less thoughtful and more superficial. The other said he would be bored and “Plane rides would be unbearable.” He also mentioned that he would not have the insights into other people that he gained through reading. In my own experience, I know that reading expanded my world, and it absolutely increased my understanding of people. Characters in books often reveal thoughts, emotions, and fears that people in real life never let show.

I also know that without books, I could never do what I love best, which is write stories. Another fifth grader agreed with me when she said “If there were no books in my life … I would never have a dream about being an author.” I and thousands of other authors are completely beholden to books, but we aren’t the only ones. Out of all the fifth graders who answered my survey, only one expressed a wish to become an author. I also noticed that none of them had anything bad to say about the impact of books in their lives. Books are a wonderful, positive influence on everyone – not just authors.

Marta Stahfeld is nineteen and going to college in Milwaukee, Wisconsin, USA. She hopes to be a teacher one day. Aside from college, where she is working on a History/Literature double major, she is writing book three in the Darkwoods series, as well as a series of short stories about the characters from the series. 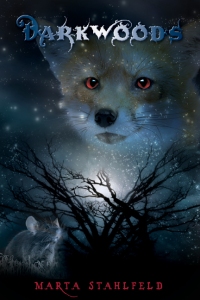 2 thoughts on “IAM Guest Post…What Do Teens Look For in a Book?”