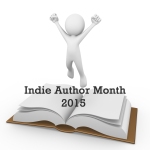 Today’s guest is Hannah Harvey, author of several contemporary YA fiction novels. After a chance meeting via Twitter, Hannah has previously taken part in our regular Sunday Write-Up creative challenge, and was invited to join this month’s event from that 🙂

So, that’s enough from us, let’s hand over to Hannah for her guest post on how she became an indie author…

How I became an indie author

I’ve always loved writing. I was home educated my entire school life by my mum, and growing up, I’d always loved English the best. I’d love it when my mum would set me the task of writing a short story. This led pretty quickly into me writing not just for school, but for pleasure as well.

I started to fill notebooks with stories, and even started a few novels. My main problem, was that I couldn’t finish a novel. I found it too hard to stick to one idea, because I had just so many running around in my head. This is where National Novel Writing Month came in. I started taking part and before long I was finishing full novels. My love of writing grew.

At the same time, I’d started college and I had the plan of becoming a nurse, however I was diagnosed with a condition called Postural Orthostatic Tachycardia Syndrome. Basically meaning that I I was collapsing all the time. I couldn’t attend college anymore, and I still have the condition now over six years later. So I couldn’t go to college anymore, I could hardly stand up in those first months, before I got onto the right medications and got a small amount of control.

So plans had to be reworked. I was at home a lot of the time, and I had my laptop so naturally I started writing. I poured myself into writing, and I had so many finished first drafts, that I just decided it was time I did something with them.

It was round this time that I discovered Kindle Direct Publishing. This seemed like an amazing chance for me, because breaking into the publishing world is so tough, so I thought if I could do it myself then that would be amazing.

It’s hard work. I’m in charge of writing, editing, promotion, the whole lot. It’s also a lot of fun, and I love having the freedom to set my own deadlines and write exactly what I want. I’m learning so much about writing, editing, cover design and promotion, and it’s been incredible.

Currently I’ve published four novels and one novella, and I hope to have another book out in the not too distant future. 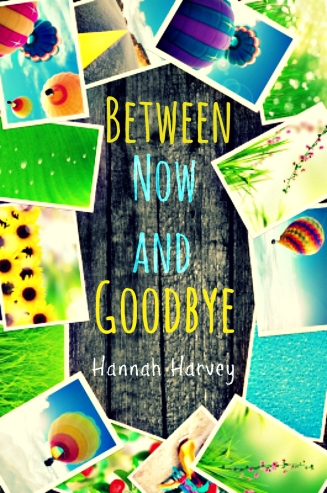 Libby finally has the settled life she’s always wanted, and never before had. She has a happy family, two best friends Julie and Charles, and loves her home.
This summer will be the best of her life. A summer spent learning in a culinary camp in New York, but when something happens at home and she’s forced to return, how will her summer turn out?

Charles had big dreams for his future, college, medical school, and spending as much time as possible with his girlfriend Julie. This summer will change all of that. His mom’s sick, his dad’s gone and he’s left trying to hold his family together. On top of that, Julie’s pulling away from him. Will he be able to fix things before they fall apart?

Julie is bored. She’s bored of her private school. Bored of always doing the same thing. Bored of having plans cancelled by her boyfriend who’s always busy. She’s bored and she wants a change. When she attempts to liven things up with some of her school friends, she ends up making a mistake. How will that mistake end up shaping her summer?

Follow Libby, Charles and Julie as they fight their way through an emotional summer, as they learn that sometimes theirs no escaping goodbyes, but that they aren’t always bad things.

Hannah Harvey is a 23 year old self published author, blogger and avid reader from the UK. When she’s not writing or editing novels, she’s working on three different blogs, and reading a tonne of books.