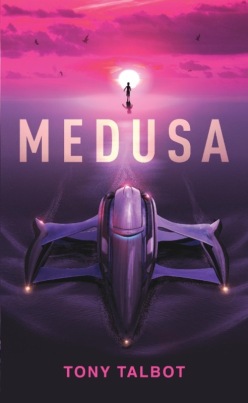 Well, it’s taken me a while, but here it is! My latest book is live today!

“Lissa Two is a thief of the ocean cities, struggling to make enough money to clear her debts and take care of her traumatised sister, scratching a meagre living as best she can.

So she has enough worries without her life getting more complicated…but when a boy named Hattan literally falls from the sky, she can’t just let him drown.

It’s a decision she comes to regret, a decision that will change not only her life, but the lives of everyone she loves.

It’s FREE for the first weekend of publication. As are four of my short stories – Fidget, Black Shark, Out of Step and Blind Date.

As always, thanks for reading and supporting independent authors!

Today we’re excited to be hosting a guest post by author Dianna Hardy, as part of The Witching Pen flash blog tour. If you have not yet read The Witching Pen series, these posts may contain spoilers, as it is now on the last book!

Dianna combines a titillating mix of paranormal romance and urban fantasy into her writing to bring you stories that are action-packed, fast-paced and not short of heat, with the focus on both character development and the plot. She writes both full-length novels and short fiction. All further info can be found at diannahardy.com

See here for all blog tour dates and posts: http://www.thewitchingpen.co.uk/1/post/2013/08/not-long-to-go-now.html

With The Last Dragon being released on 4th October, we’ve been having a little recap at everything that’s happened in this paranormal fantasy romance series so far. Today I’m talking about the music of darkness, sorrow, hope and love.

In short, these are the tracks I listened to the most when writing the series, the first being Fix You, by Coldplay. It’s a gorgeous song that came to me while I was writing book two, The Sands Of Time. It captured everything that was happening in that book, from both Amy/Pueblo/Paul’s point of view, as well as Mary and Gwain’s point of view, and it brought to life the deeper layer of sorrow that underlies the series. To this day, I think that Fix You can symbolise every single character in the series, including those in The Last Dragon.

The second song that got under my skin and didn’t let go was Halo, by Beyonce. Without a doubt it’s Gwain and Mary’s song (although we can also hear Karl and Elena in it) and for me, it’s always symbolised hope. There’s something about the song that has always made me think of Mary’s exuberance and her larger-than-life personality. This song is hope and faith.

Now, let’s talk about the darkness. Although there are dark elements throughout the series, in terms of music it didn’t seep into me until a reader suggested the song Closer, by Nine Inch Nails to represent the series. Wow. At the time of listening to it, I was writing Lucifer, and … yeah. Let’s just say that that song brought him to life for me more than a little. In many ways, I found The Last Dragon the darkest book out of all of them for me to write (and not just because of Lucifer).

Lastly, I’m going to talk about love. And the song that represents the love in this series came via another reader who suggested A Thousand Years, by Christina Perri. At first, I didn’t think anything of it, and then I was in a coffee shop a few months back, writing a very poignant Last Dragon scene and this song came on the system, and everything fell into place. The entire scene came alive under my fingers as I typed it up listening to this song; the entire series also played out in my head. So here it is – true, unconditional love; acceptance; forgiveness.

Of course there were other songs I listened to as well – and you can see the readers’ choices for the series theme song here http://www.youtube.com/playlist?list=PL_BA0pQ9LrZKg_vta0koHkz-DDXCAY-lm – but those were the main ones that I hit repeat on, over and over again, to help capture certain parts of the books 🙂

Before The Last Dragon explodes into publication, read book one of the series, The Witching Pen, currently FREE to download across most retailers! See here for download links: http://www.diannahardy.com/the-witching-pen.html

It’s hard being the most powerful witch on the planet. It’s even harder when you’re a twenty-five year old virgin who’ll lose all of that power the moment you sleep with someone … that’s why Elena’s never slept with her best friend and flatmate, Karl, despite the true feelings they harbour for each other.

Elena’s about to discover that there are even more difficult things in life to deal with. One of them comes in the form of a pen she discovers one day, a pen that allows anything she writes to come to pass…

Suddenly, it’s not just her powers or her heart that’s at stake, but her very soul, as a dream demon with a seductive pull uses the pen to try and turn her away from her reality, and from Karl.

But the pen is just the beginning. Everything Elena has believed in is a lie, and her world is about to fall apart…

The entire series can be viewed here: http://www.diannahardy.com/the-witching-pen-novellas.html and mark 4th October on your calendar to know how it all ends with The Last Dragon.

Author of The Witching Pen and the international bestselling Eye Of The Storm series.

Don’t forget! Anyone that comments on the blogs participating in the tour will be automatically entered to win one of 3 Swag packs. Dianna will pick the three winners once the Blog Tour has finished 🙂