Following the popularity of her last post with us: A Letter to Stephen King; author Georgina Morales is back again looking at feminism in contemporary literature – particularly the books aimed at young women and girls. She’s asking Is Katniss Really Better than Bella? 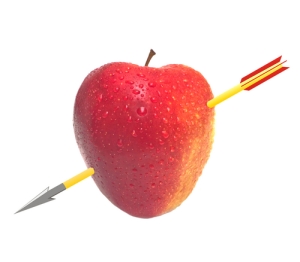 You see it everywhere; there are pictures in Facebook, reviews in Goodreads, punch lines with pictures in Pinterest. It seems like Twilight is at the butt of every joke. Edward Cullen’s sparkling, lean, loving machine has made every hardcore vampire lover retort in hatred. The pathetically insecure Bella Swan hasn’t fared much better. Her image has come to equate everything the Feminist Movement fights against.

Then came The Hunger Games movie and craziness ensued once again. Though the books were widely popular way before the movie broke out, the simple knowledge that a movie was about to be made drove thousands of new fans to the saga. Soon comparisons arouse and Katniss Everdeen became the antithesis of Bella Swan, therefore, the character that defined Feminism for the present generation.

Now, I have a bone to pick with this. I get why Bella is such a nightmare for many women. She is whinny, insecure, and unable to stand for herself. I’m an unapologetic fan of the Twilight books and even I wanted to choke her sometimes.

But let’s check Katniss’ character through The Hunger Games Saga:

The sort answer is: It isn’t. Feminism is a movement designed to empower women, to bring recognition to the value of women in our society and to fight for the right each one of us have to take control of our lives. Whether we choose to embark on a career in the world of finance or to dedicate ourselves to the education of our children, Feminism is the reason why we even have the option.

The problem is getting married and tending a home was the only career path available to us back in the days, therefore it is seen with shoddy eyes when a modern gal openly acknowledges her desire to do so. We look for specific traits in our females in order to select them as our new standard of ‘Girl Power’ like physical strength and open disdain (or disinterest) for men.

Katniss is both, lethal and uninterested in boys, but is she truly the encarnation of empowerment? I don’t think so.

Let me tell you, it was hard for me to come across a female character in modern literature that met my idea of Feminism, which is very sad and goes to show you why is it that our teen girls hold so hard to the few outstanding female characters they have available, however faulted these might be. But I finally found it: Hermione Granger.

Think for a moment. She is intelligent, determined, strong, and she might not be able to take a life with her magic wand, but she is powerful nonetheless. She is so, not because of how many magic spells she knows, but because she knows what she wants, what is good for her, where her weaknesses are, and she has a great moral compass. All these traits make her, in fact, a much better symbol of Feminism; a role model for our youth they can actually hope to become.

When we decide to bash a fictional character such as Bella Swan because of its interest in having a boyfriend, we are sending the message that worrying about boys is a sign of times past and a weakness. When we sing praises to characters like Katniss Everdeen for her physical strength we tell our teen girls that this one trait is so positive, it actually compensates the clear shortcomings the character shows in other areas.

Do you think I am being ridiculous? Giving way too much importance to fake and clearly fantastic novels? Well, yes! And therein lies our main trouble. We read too much between the lines. Teenage girls will worry about boys, that’s just how it is, very few of them are the actual providers of their household, and even fewer know how to shoot a gun, forget about a bow. Let’s not make the mistake of confusing physical prowess with strength of character. They like Bella? Sure, why not. Then, show them a book where the female character is worthy of being emulated and talk about it. That will take you a lot farther that trashing the latest fad. Communication is the ultimate influence to empower our youth and help them travel the murky waters of adolescence and external influences; it is the final weapon that trumps even books and that’ll make of our kids true Feminists.

More thoughts on this topic? Check out the links below!

Girls Night In – With Bella, Buffy, Katniss and Hermione

Born in Mexico City, Georgina was always divided between the world of the paranormal, the religious, and science, even as a kid. Through her years in medical school, she experienced and heard all kinds of creepy tales. She, now, writes from her home in Norwalk, Ct. where she resides in the company of her husband and two young daughters. The history of the northeast, its old buildings, and its endless forests provide her imagination with a constant influx of ideas, which combined with her rich background make for her unique style. She’s also a staff reviewer for Dark River Press.