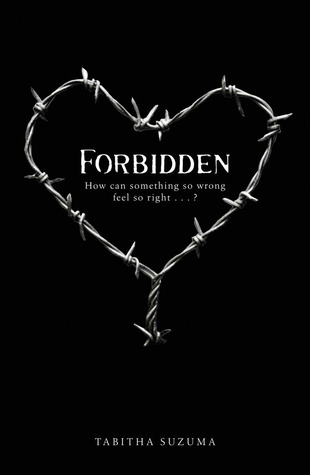 Lochan and Maya have been abandoned. Left to care for their three siblings by a drunken mother who’s out chasing men, a father on the other side of the planet, all they have is themselves.

Lochan suffers from social anxiety and Maya has never had a boyfriend; they see themselves more as partners than brother and sister, they always have…and so they fall in love, physically and emotionally.

I think incest is the last taboo subject to be covered by YA (although my wife said Flowers in the Attic did it in the 70s – I haven’t read it.) I’ve read books about suicide, rape, pregnancy, sexual preferences…there’s really nothing YA can’t cover anymore. Fantastic time to be reading it!

The book splits points of view between Lochan and Maya, and it was Lochan I immediately connected to. Not because of the incest angle, but because of his social anxiety. I suffered through it as a teen, and still do to some extent 30 years later. Not as bad as Lochan – no panic attacks, thankfully – but I was right back there with him, eating outside on a cold day because of the terror of being around other people. Suzuma has nailed SA, and nailed it right down to the last detail. When a teacher shows him a sliver of compassion, I nearly cried as he did.

As a result, I didn’t connect with Maya as much; almost not at all, actually. I found her to be two dimensional, but I suspect it was because Lochan was very real to me and not through any fault of the writing, which is flawless.

Suzuma draws a world full of details and life. Every character comes alive – Tiffin’s love of football, Willa’s anxieties, Kit’s teenage rebellion. This is a family full of very real characters, and the world building is superb for its little details. One complaint: She’s fallen in love with the word puce.

Now I suppose the reason the book was written: The incest angle. Apparently, even consensual incest is illegal in the UK – didn’t know that.

For me, the least interesting thing about this relationship is that it’s between a brother and a sister. All I see is two people in love. Who they choose to love is entirely up to them.

Lochan and Maya have no illusions that what they’re doing is going to end well (and indeed it doesn’t), and they admit they might grow apart and find other people to love. They know biologically they can never have children. They don’t care. What they have is each other, right now and their love is passionate, deep and very real. Also very physical, something Suzuma pushes the edges of with her intense descriptions of their intimacy.

When someone asked me what this book was about and I told them incest, they went, ewwwww. This is from someone with a very liberal mind. I thought that was interesting. It really is an ingrained taboo.

My thoughts on it: Who are we to impose our morality on them? Society says they can’t love each other. Society also once said that a man can’t love another man, or a woman love another woman, or even marry a woman with a different colour skin.