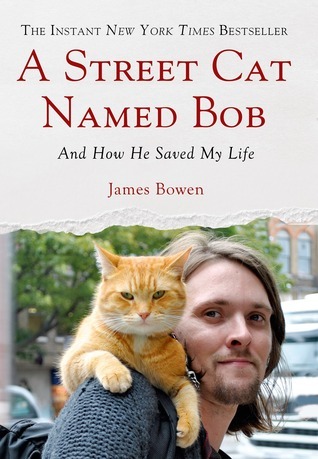 James Bowen was a mess. He’d lost touch with his family, his music career had stalled and he was a recovering drug user in emergency sheltered housing, only a few steps away from living on the streets. He scratched a living busking on the streets of London, but had no purpose or direction to his life.

Then he saw a cat sleeping outside a nearby flat, and after some hesitation, he adopted it. It was a decision that was to change his life.

Suddenly, he was aware he had a responsibility to his cat – he named him Bob – and from that he realised he wanted to take more responsibility for himself as well. The real transformation for him is when he took Bob busking – from scratching a living, suddenly he can afford a proper meal. Suddenly he wants his life back. He’s been thrown a lifeline and he snatches it with both hands.

This deceptively simple tale gets under your skin. It slips under your guard and sucker punches you, sliding into your heart and restoring your humanity. It melts your cynicism and makes you look at the people you ignore on the street with new eyes and compassion.

Bowen alternates tales of his cat with tales of himself, his past life and his attempts to rebuild himself. He doesn’t skim his past or romanticise it, being wise enough to know he was a mess, and smart enough to know what Bob has done for him.

I nearly cried when he lost Bob for a few hours – then he found him again, even more emotional. Even more when James visits his mother and starts the slow process of methadone withdrawal.

It is an overused word and almost a cliché, but this is the most heart-warming tale: This man, slowly slipping through the cracks of society, rebuilt his life because he adopted a cat.

What could you do with yours?